In the summer of 2000 I found something on the ground in an open field east of where I live in northern Colorado. I picked it up and brought it home. 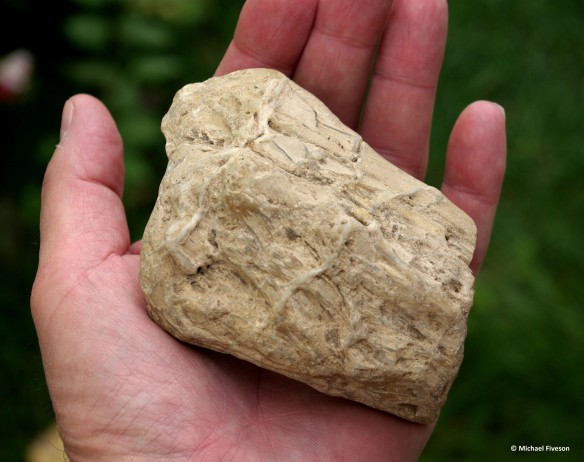 I have always picked up interesting rocks and some of them I polish in a tumbler. But this looked more like a bone than a rock and I was intrigued by the veins of crystal. 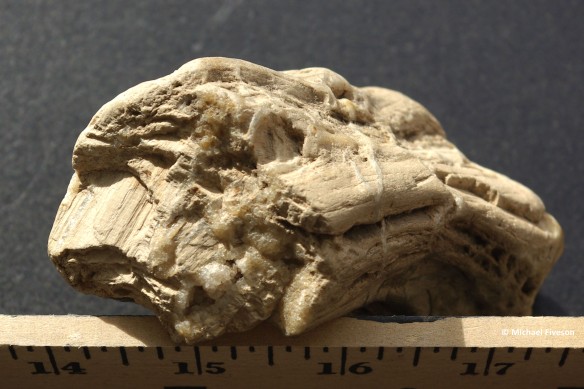 In January of 2002 I contacted a professor of Geology at the University of Northern Colorado. He tested my find by dropping some sort of acid on it and since there was no reaction he was able to tell me it was not bone, but in fact a nice chunk of petrified wood. 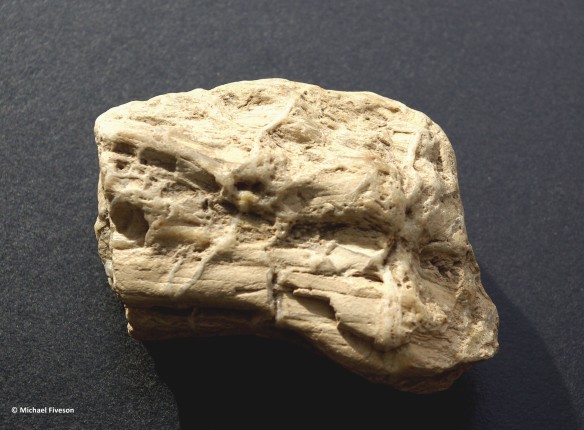 He also told me that the silica that is laced around and in my piece dates it to the tertiary period which is between two million and sixty million years old! 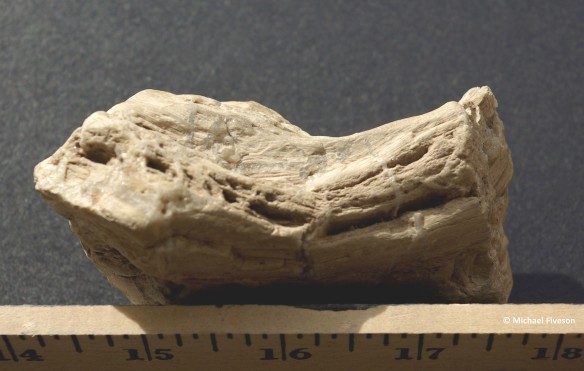 Sometimes I hold this wood and try to feel the years that have passed in its time. Mostly I just feel the weight of my piece and the dumb luck involved in finding something so cool. 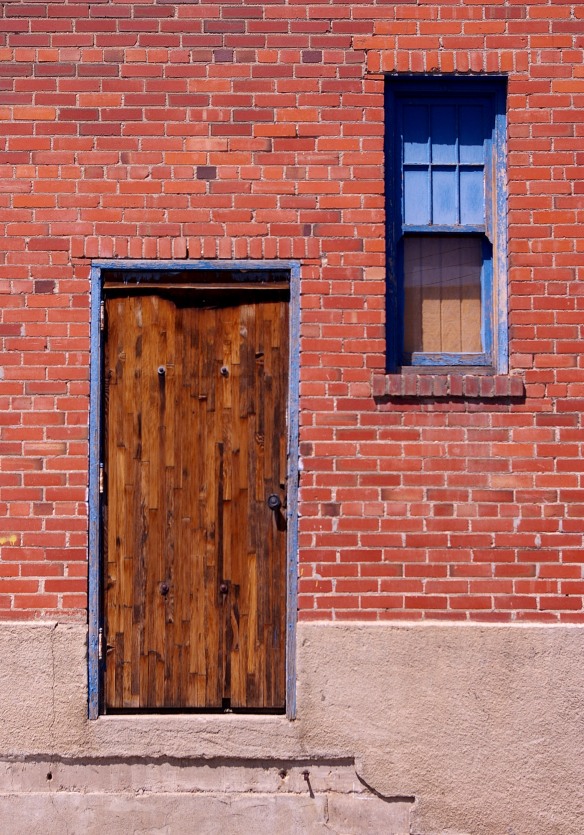 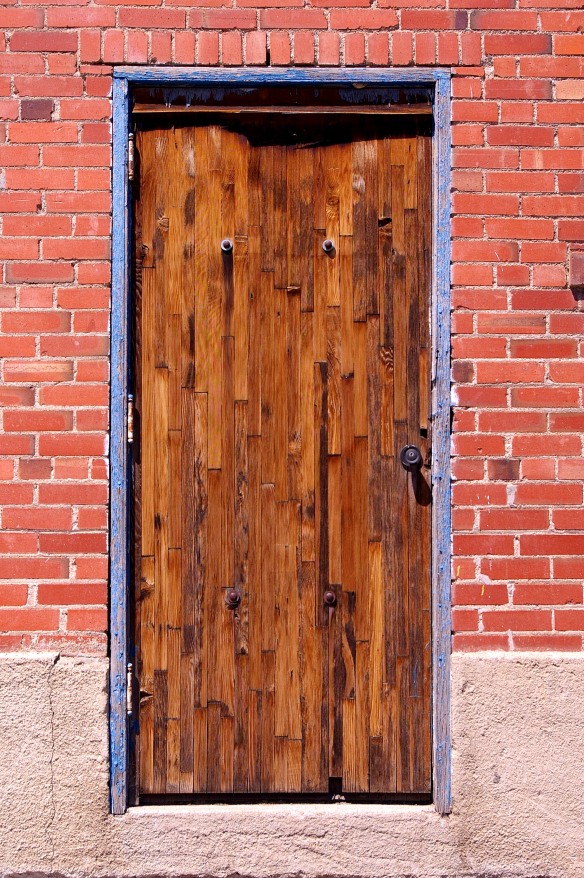 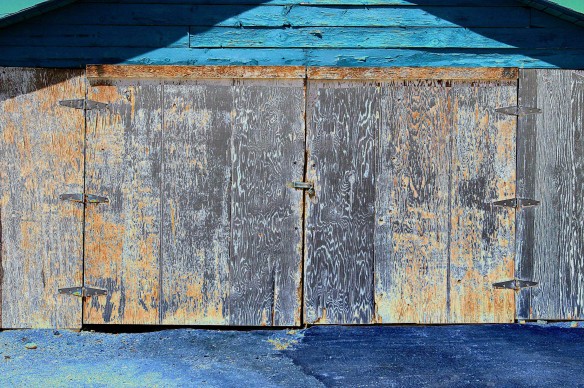 Some old wood up in Wyoming found on a simple blue garage. 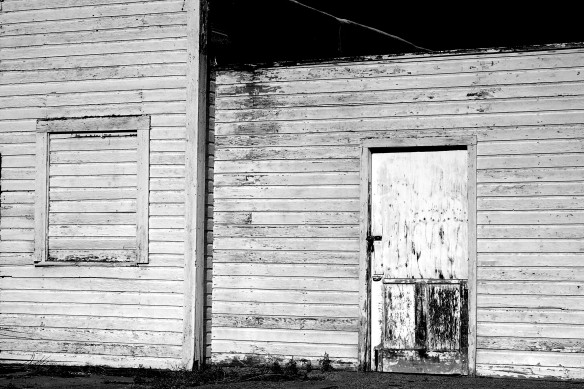 The front of an old Colorado building displays some time worn weathered wood. 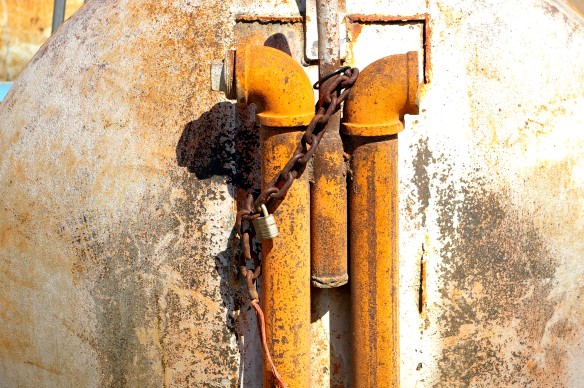 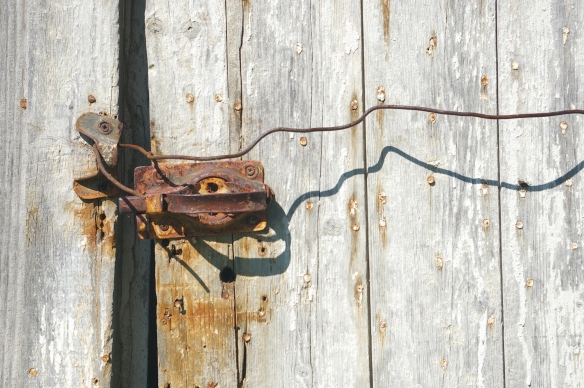 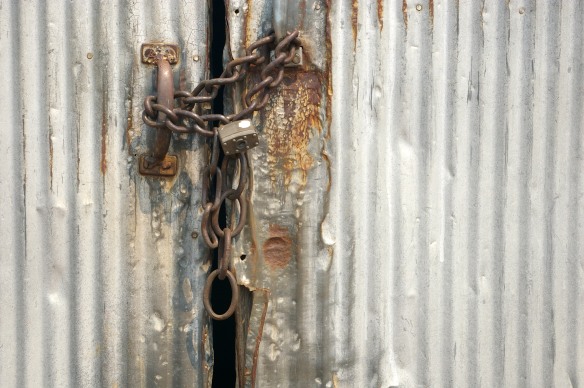 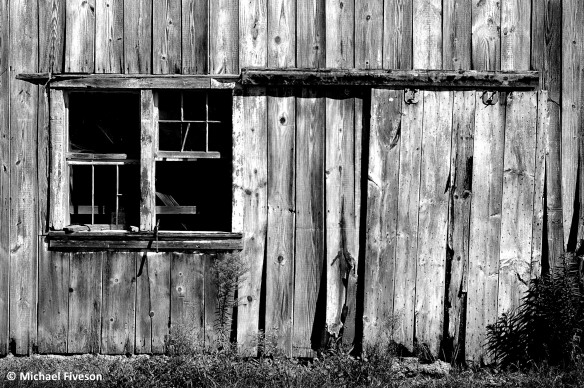 A back portion of an old barn in Michigan creates a nice textured black and white image. 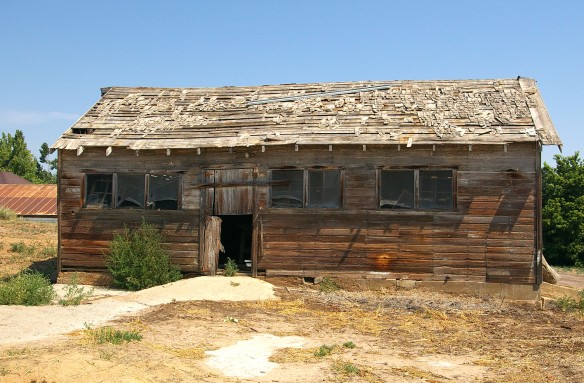 A beautiful old farm building is missing part of its front door. Old and weathered, most of it is hanging on, but why the door has not been fixed or replaced is a mystery. 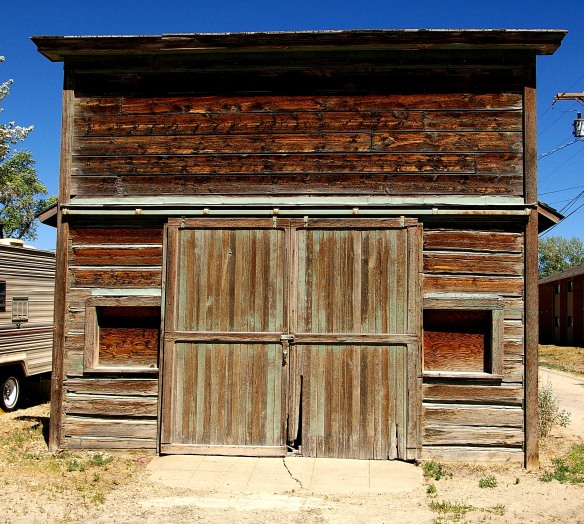 I wouldn’t expect to find a garage in a log cabin but in Saratoga, Wyoming, this is what I found.  I think there is a nice range of texture and color here and even the plywood covering the the window frames works in harmony with the other tones. 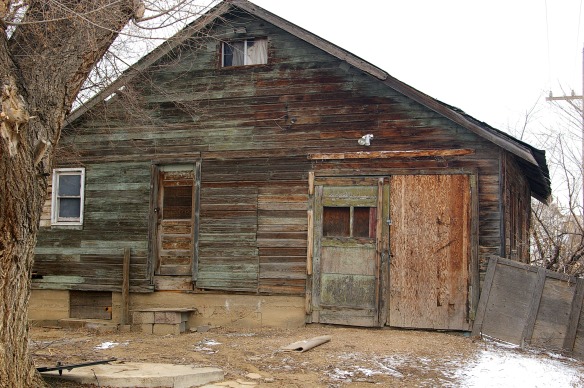 In my continuing search for rotting and textured things, I came across this old house and its nice display of colored wood. A patchwork of doors and other pieces of wood complete this decaying home.

Hot off the press