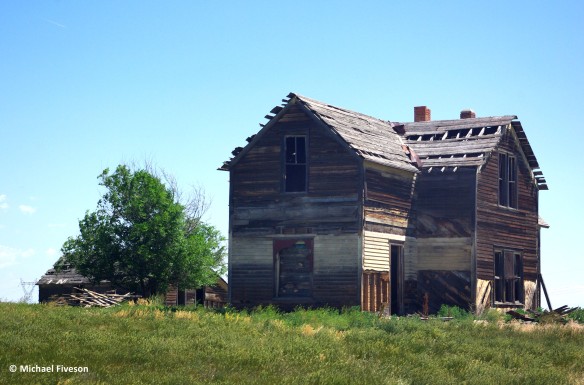 This would have been a beautiful home in its time. Now it erodes in the sun.